How do Muay Thai Fighters earn in Thailand?

If you study of Muay Thai, chances are you do it for the love and not the money. More than likely you’ve heard since day one… “This sport isn’t about becoming rich.” But still, most Muay Thai fighters are struggling to get that break, to land the fight that will put them on the map to finally score a big day payday.

But how much is that payday exactly? In MMA, we see great champions are making huge amounts of cash and even huger sponsorship deals. More than likely, those at the top of the sport are at least earning in the six figure range, sometimes more. So how do these contracts compare to a top of the line Muay Thai fighter, holding a belt in the prestigious Lumpinee or Rajadamnern stadiums?

A current Lumpinee champion makes roughly 60,000 baht per fight (Around £1,200) Only after the gym takes their cut of profits, fighters are typically left with around 20,000 baht for themselves (£400). Doesn’t seem fair or much does it?!

There are ways for Thai fighters to earn significantly more money through gym bets. You might have seen certain fights advertised as having a 1,000,000 baht prize placed on them. These are usually large bets put on particular fights for gym owners to make an extra bit of money if they feel like their guy has a significant advantage going in. If a fighter invests his own money into the bet, it’s possible that he will receive a cut of the earnings. Of course, this is a very dangerous game. Losing means sacrificing an already minuscule paycheck, and perhaps being forced to fight more frequently to make up the difference.

Despite Thailand being a land where the cost of living is much lower than much of the western world, £400 per fight is still not very much money, especially at the highest possible level of the sport. Not only that, but the 60,000 baht pay day is only for top of the line competitors that have already established names for themselves.

Fighters that aren’t champions usually receive somewhere between 10 and 15,000 baht (£200 – £300). It can vary depending on how much interest there is for a fight, betting, and other factors, but typically the price range stays within those two numbers.

For farang (foreign) fighters, the paydays are much less. A foreign fighter will earn between 2 and 5,000 baht per fight if they are competing at Lumpinee stadium. This comes out to less than £100 per match-up.

There is more demand for farangs in the outlying markets, like Phuket and Koh Samui. Foreigners can make significantly more in Bangla than anywhere else, because that’s what the gamblers and audience come to see.

The real market for Muay Thai lies outside Thailand. International fighters can often earn more than double what Lumpinee champions pull in, despite the quality of competition being much lower. It is not incredibly difficult for a decent Thai to make over 100,000 baht per fight. It’s also much easier for farang fighters to come by competition their own weight, at a price that allows them to live above the poverty line.

Because of the low pay for Thai boxing within Thailand, many former Lumpinee or Rajadamnern champions end up in demeaning or ill-fitting jobs after their careers are over. There is not enough money saved up to retire comfortably, nor do they have many skillsets beyond the scope of muay thai. To make a living, skilled nak muays absolutely must take up a coaching position. Finding a teaching position inside the country is difficult, considering the market is already flooded with extremely high level trainers. Going international is an option, but many former fighters don’t want to be away from their friends and families for extended periods of time.

Right now, gamblers in muay thai are making huge amounts of money off the fighters, who are seeing very little of it for their efforts. We can only hope that the future sees either a change in the wages for some of the greatest athletes in combat sports, or newer organizations give stadium fighters the amount of money we all know they are worth.

PARNPETCH RIROM: Arjarn Parnpetch Rirom has spent the last 16 years coaching in Bangkok and throughout the World. He was one of the head coaches at the World famous Sasripapa gym. With over 250 fights, both an amazing technician & awesome fighter and to his credit Arjarn Parnpetch was a former Ratchadamnoen champion. He was also awarded the most exciting fighter of the year at both Ratchadamnoen (twice) and Lumpinee.

Chao Phraya Lincoln are proud to present a clinch (Prumb) and fight strategy seminar/workshop. Arjarn Parnpetch is one of Kru Leigh Edlin’s & Kru Shaun Boland’s original teachers and coaches in the UK and Bangkok.

This seminar is open to all camps, clubs and styles – Including: Muay Thai, MMA, Kickboxing and K1 etc …who have a thirst for knowledge & experience!!

WHAT TO BRING: TBC

SAENCHAI v PAKORN: ParnPetch Rirom was Saenchai’s chosen corner man and coach for the SuperShowdown 10, in Glasgow on the 10th November 2012.

Muay Thai – Stop fighting in the last round?!

“Why do they stop fighting and just walk around in the last round?”

Those of you who have been to see a fight in Thailand or have watched one on the internet will notice they often fight a little different to how we do in the west.

To a lot of people this could seem very pointless and in the west could potentially put people off coming to the shows. They have after all paid to see a fight and want to see both parties giving it their all.

However, this isn’t a western sport remember and over the years gambling has played a huge part in how the game is played in Thailand.

More often than not the first two rounds are a feeling out process, so not much really happens. Also on some occasions the boxers are told to take it steady as they are trying to get the betting in the favour of their opponent, making the odds better for themselves.

Round three is generally where the fight will really begin and both boxers are really trying to take the advantage.

The fourth as I’ve always been told is the unofficial money round. If you can win this big then the fight is yours.

Now we come to the round in question.

If the fight has been very close in the third and fourth then the fifth will be fought at the same intensity as the last two rounds.

However, if one boxer is clearly in the lead then he will be told to stay back from his opponent so as to not let the victory slip out of his hands.

This advice will come from his corner and from the gamblers who have money on him to win. This can become very annoying when you’re trying to listen to your corner and you have random people coming up and shouting at you in a language that you barely understand.

His opponent will possibly try and go for him for about the first minute of the round; if he has no success then he will back off.

Often at this point the boxer in the lead will offer his glove to his opponent, asking him to acknowledge defeat.

Here you will usually get the losing boxer accepting defeat and not going for broke to try and change the fight around. While the winning boxer knowing he has won agrees not to beat up on his opponent anymore.

This is a very different mind set to fighters in the west; over here the losing boxer will still fight until the bitter end as a knockout could change everything. Likewise, the winning boxer will still be trying to KO his opponent even though he is already sure of his victory.

To be honest the gambling is slowly killing Muay Thai in Thailand as the gamblers have so much power now in the big stadiums.

If you have watched many of the videos that I have posted up from what is classed as the golden era of Muay Thai (90’s) you will have noticed how packed the stadiums were back then.

Nowadays it is rare that you will see the likes of Lumpinee or Rajadamnern filled to that capacity because of how the game is so heavily influenced.

Out in the provinces though, Muay Thai is still popular with big crowds coming to watch and enjoying the fights. Muay Thai is also growing around the rest of the world with the standard getting better all of the time and so many fighters spending long stints in Thailand. 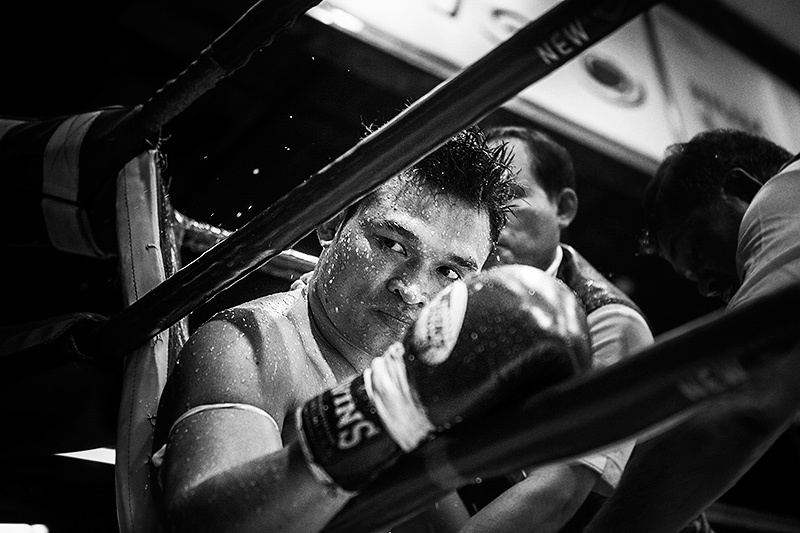 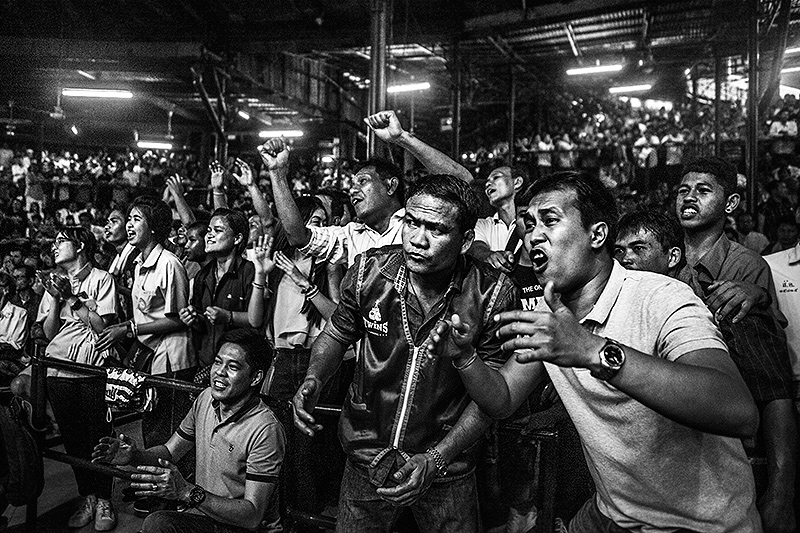 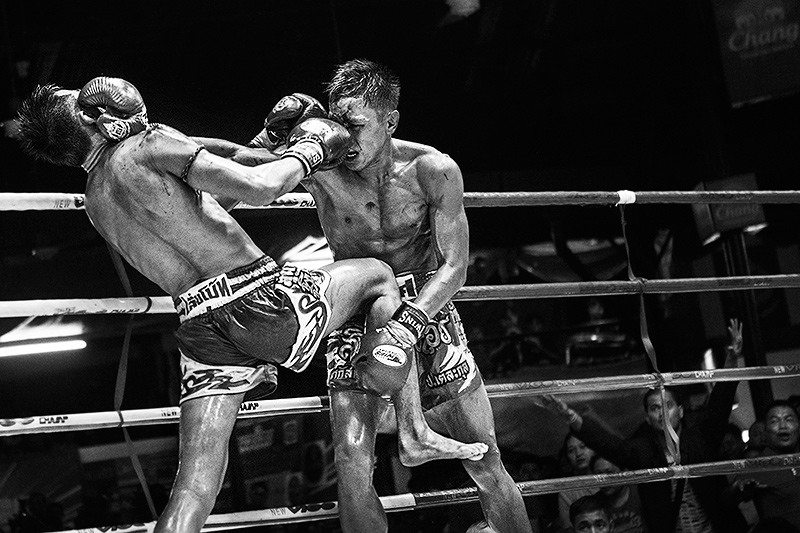 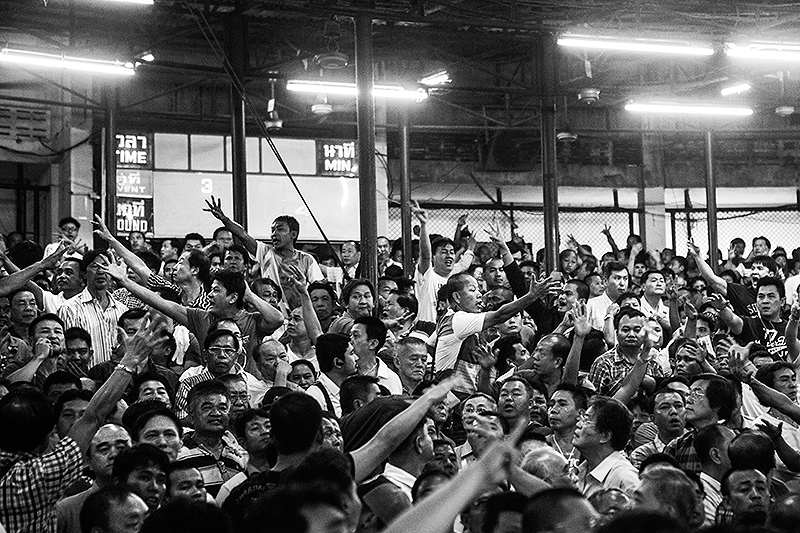 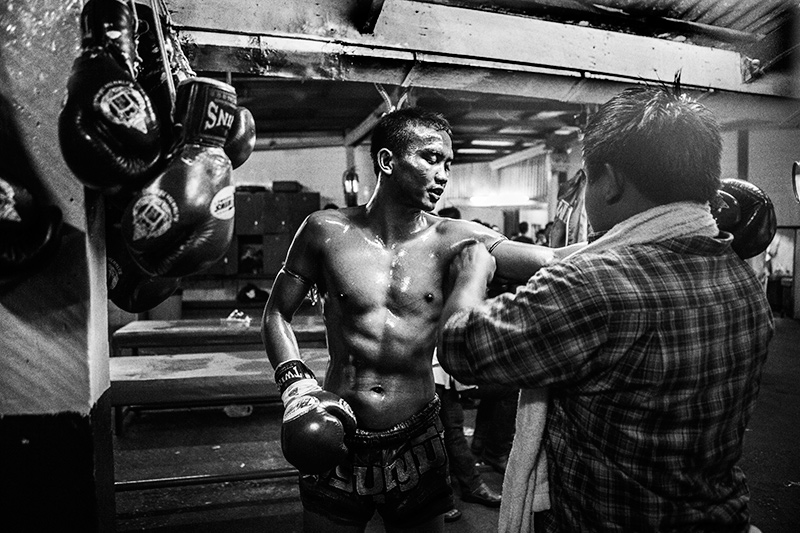 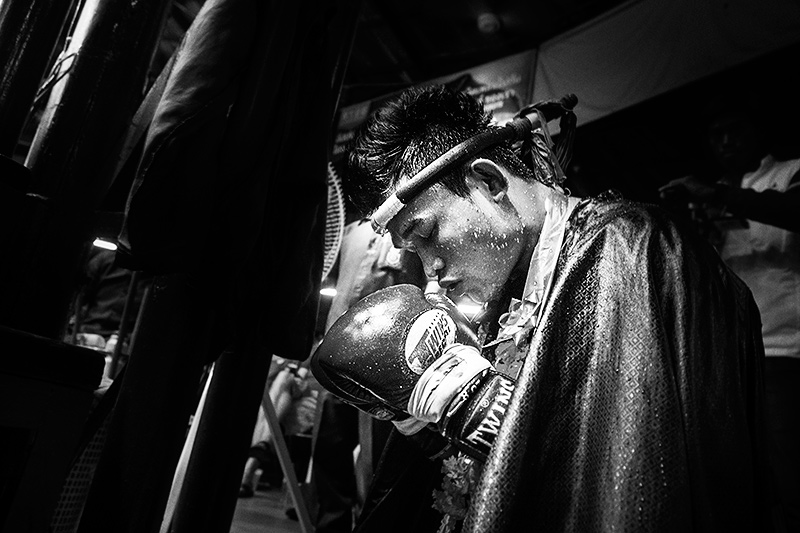 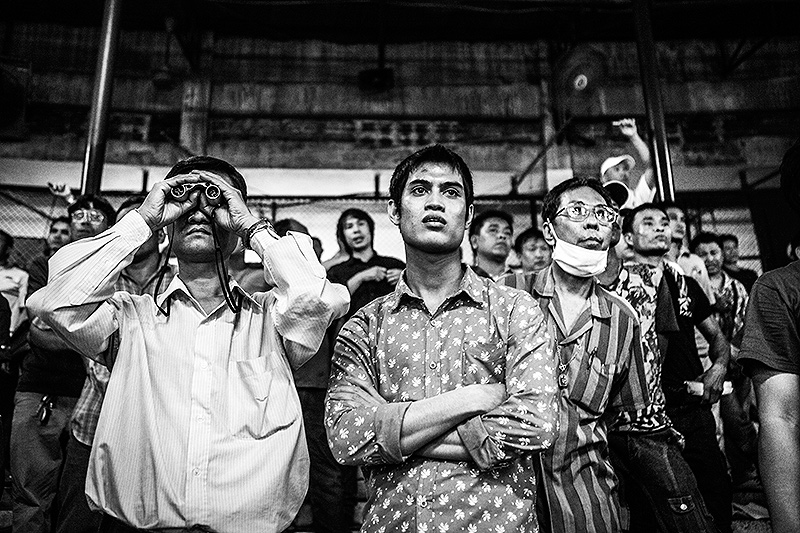 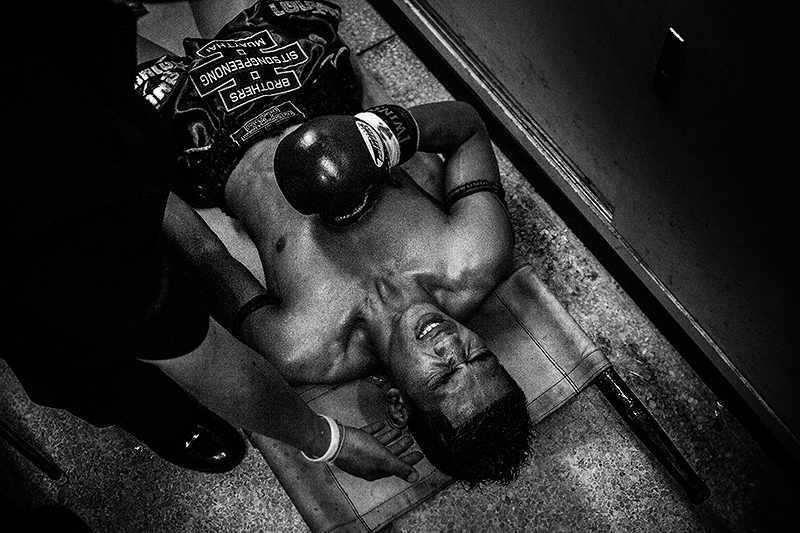 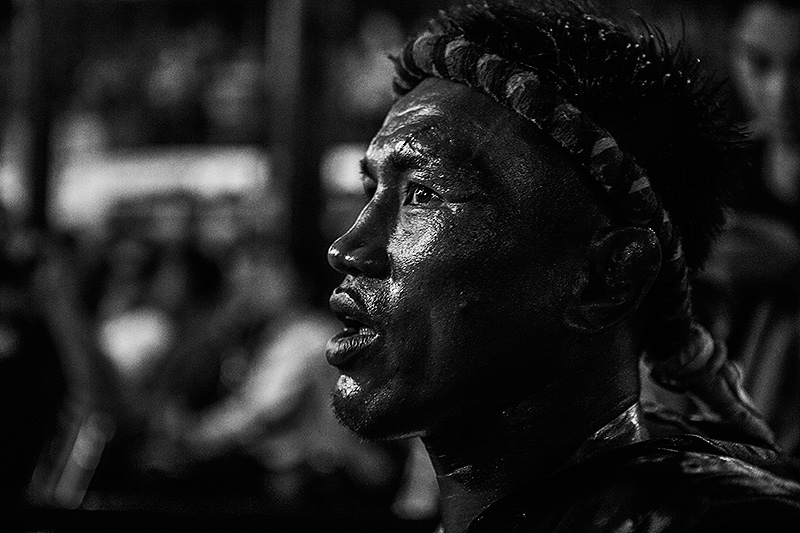 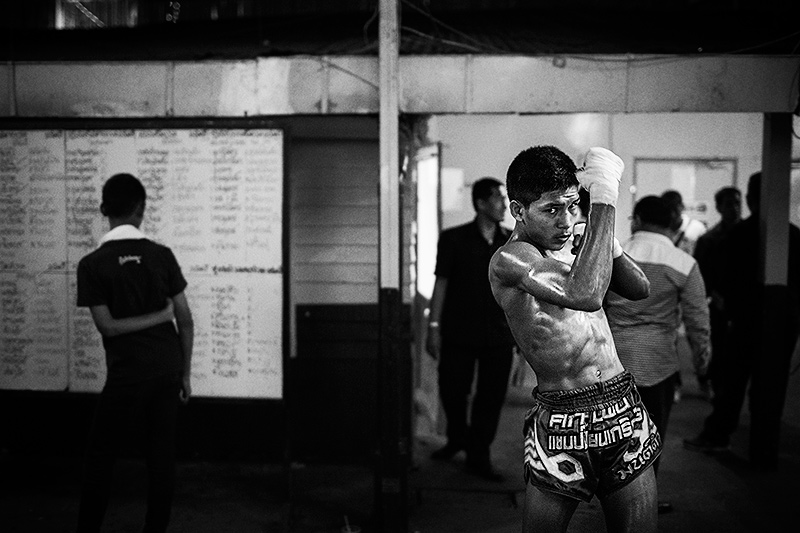 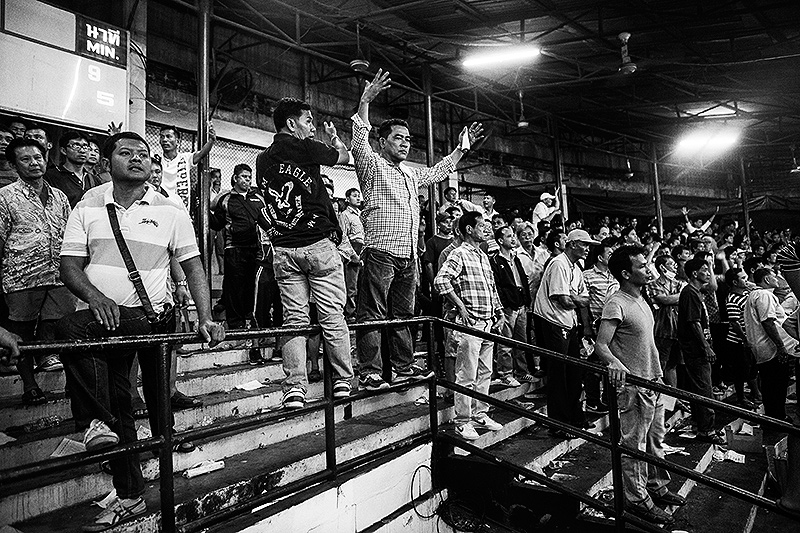 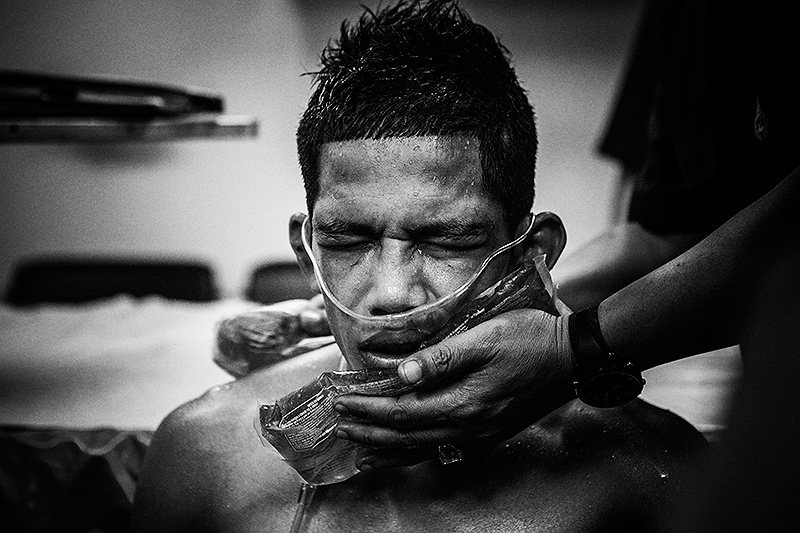 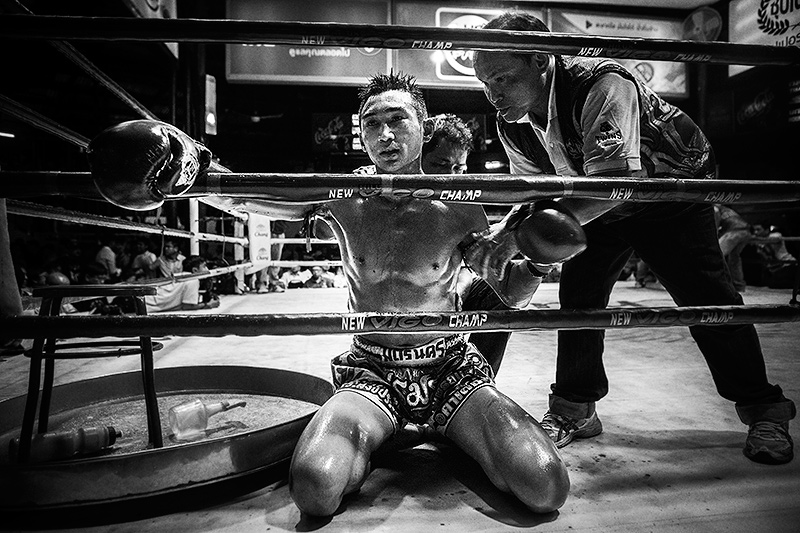 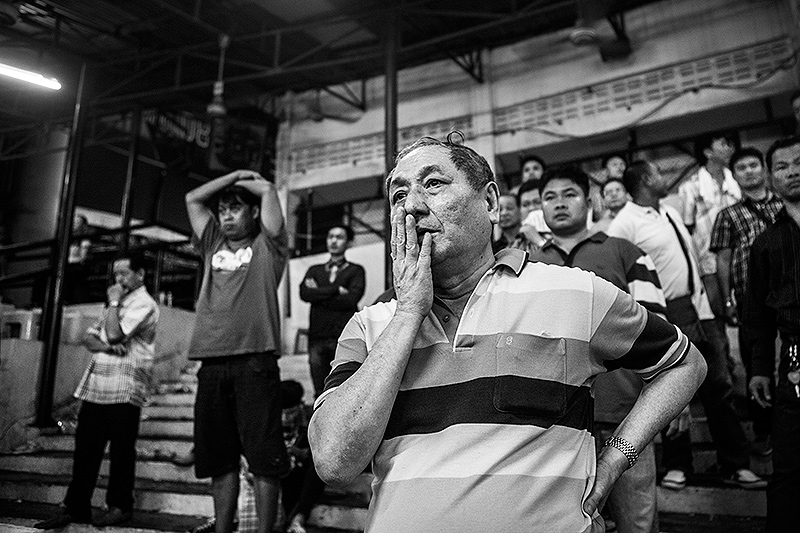 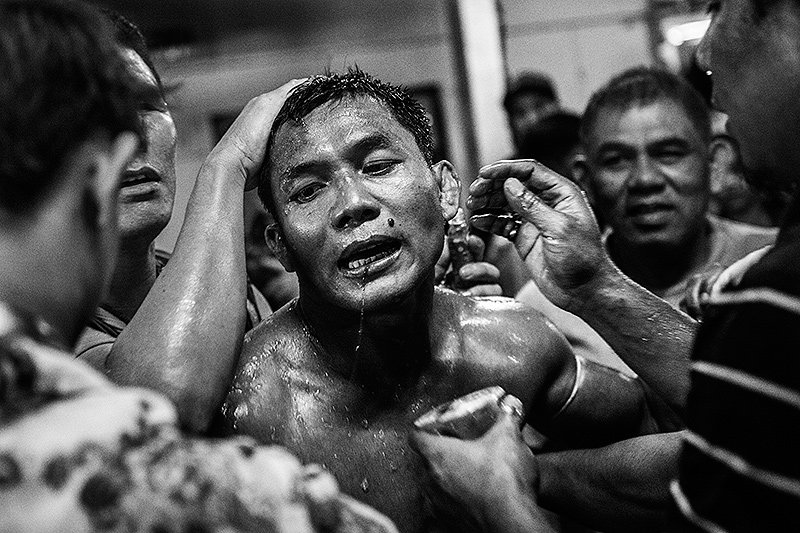 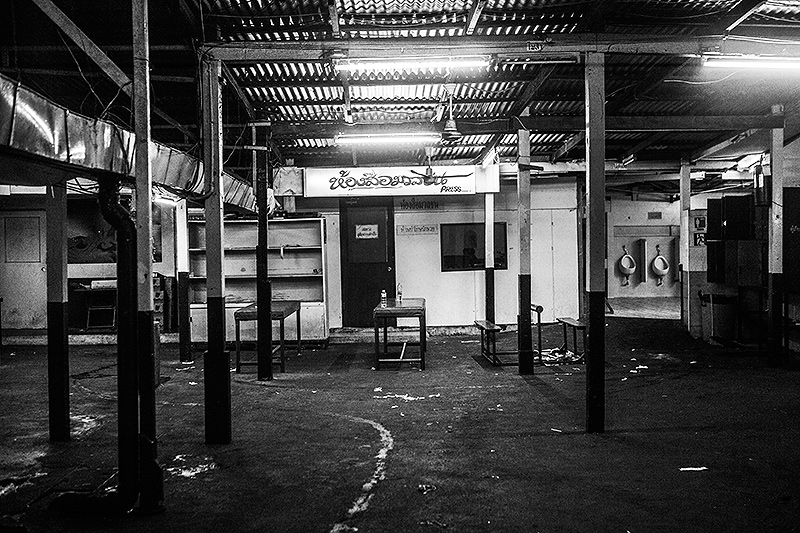 Apidet Sithiram, one of the greatest Muay Thai fighters of all time, passed away yesterday of lung cancer. He was 72.

Mrs Saivarun said Apidet, whose real name was Narong Songmanee, was diagnosed with lung cancer last year and had since been hospitalised.

Nightly prayers are being held at Wat Bang Phli Yai in Samut Prakan until Tuesday and the royally sponsored cremation rites are scheduled on Wednesday.

Apidet was born in tambon Bang Nokkwaek in Samut Songkhram. He specialised in kicking and was dubbed the ‘Kicker of Bang Nokkawek’.

He was so dominant in the country’s traditional martial art that it was difficult for him to find an opponent.

He then switched to international boxing and became welterweight champion of both Lumpinee and Rajadamnoen stadiums.

He was a trainer at Fairtex boxing camp before his death.