Historically the coloured belt system came from Japan when Jigaro Kano, the founder of Judo, created a grading syllabus for his students and as a result the coveted Black Belt was created. Other styles and systems followed suit and you can now grade in most martial arts such as; Gung Fu, Taekwondo, Karate, Tang Soo Do and Ju Jitsu to name but a few.

Traditionally there are no official grading systems used by the Thais in Muay Thai. The grades or ranks of Kru (instructor) Arjarn (master) and Bramarjarn (grand-master) are earned through years of dedication and commitment in the art of Muay Thai and the majority of these mentors have fought many professional fights to gain their status.

Gradings in Muay Thai have been introduced to satisfy the requirements and needs of the Westerner for reward and merit.

Kru Shaun created our original grading syllabus in 2001 allowing the student the opportunity to reach instructor status, but, more importantly, it offers them the chance to grow both physically and mentally in the art of Muay Thai. Students were graded every 3 months with the aim to reach instructor status within 3-4 years. The grading syllabus ran successfully for 5 years, however, in 2006 after much deliberation, Kru Shaun decided to completely restructure the syllabus. His decision was based upon several reasons.

Following this, Kru Shaun and Kru Leigh updated the syllabus while on a training trip to Thailand to capture Leigh’s influence and the experiences that both Shaun and Leigh had collected in their study of Muay Thai over the years. The syllabus still continues to be refined today on the understanding that we are always learning and must be open minded to new ways.

Gradings are held twice yearly and the student is assessed by either an instructor or the senior instructor. The student is required to demonstrate good technique showing correct balance, agility, speed and power in addition to understanding, discipline and heart.

All students wear the coloured Prajit (arm band) as a symbol of their rank and achievement. The re-structured syllabus is outlined below and it follows both traditional and modern aspects of Muay Thai including theory sections on Thai Language, culture and history. 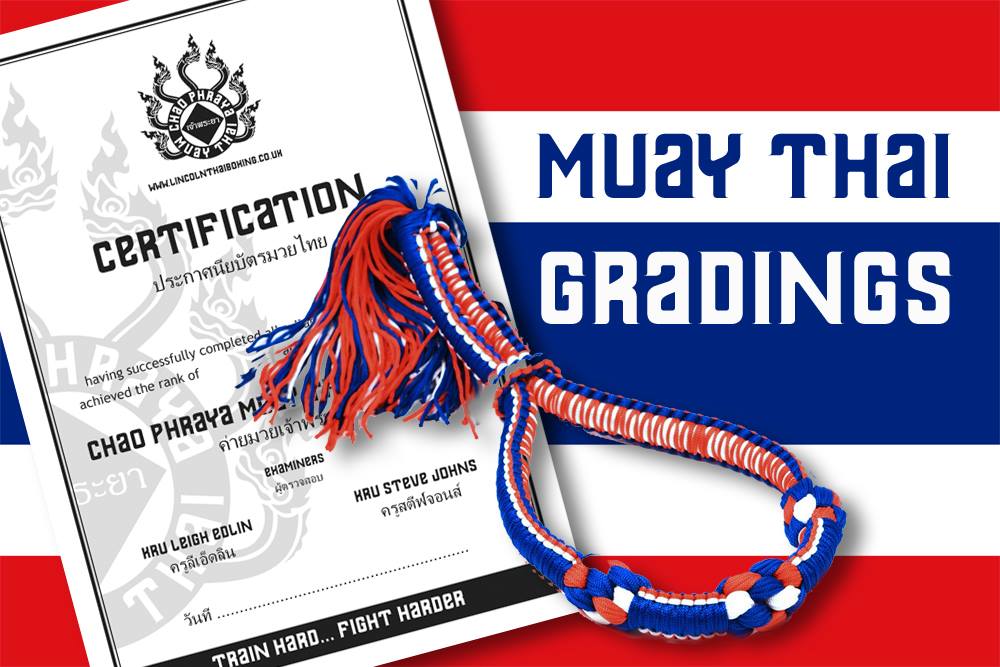